When a designer wants a wall clock but nothing out there seems interesting enough, a new kind of clock is born. Traditional wall clocks, though doing the job of time-telling, are often hard to install and not clearly visible.

The idea of “On-time Wall Clock” was conceived guided by ease, simplicity and great aesthetics.

It’s “Smart Installation”, without the need to drill or use screws on the wall.

It’s “Clear Visibility” as the On-Time Wall Clock can be placed and stands out on any type of surface whether it be glass, steel, marble, wallpaper, or any dry flat wall.

It’s “Simple Aesthetics” that add a touch of design to any space.

Behind this creative time-teller is Panurat Sangthean. He started his design career as a mobile phone designer who has a strong passion for simple yet functional designs.

The On-Time Wall Clock was born in 2007 and since then, this time-teller has grown in its popularity and can be spotted in many beautiful spaces and beautiful homes around the world.

Time has never been so cool.

2014 : Started International Fair exhibition / Hongkong gift & premium fair is the first exhibition and expanded to more countries after that. 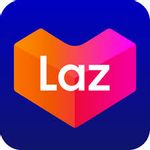